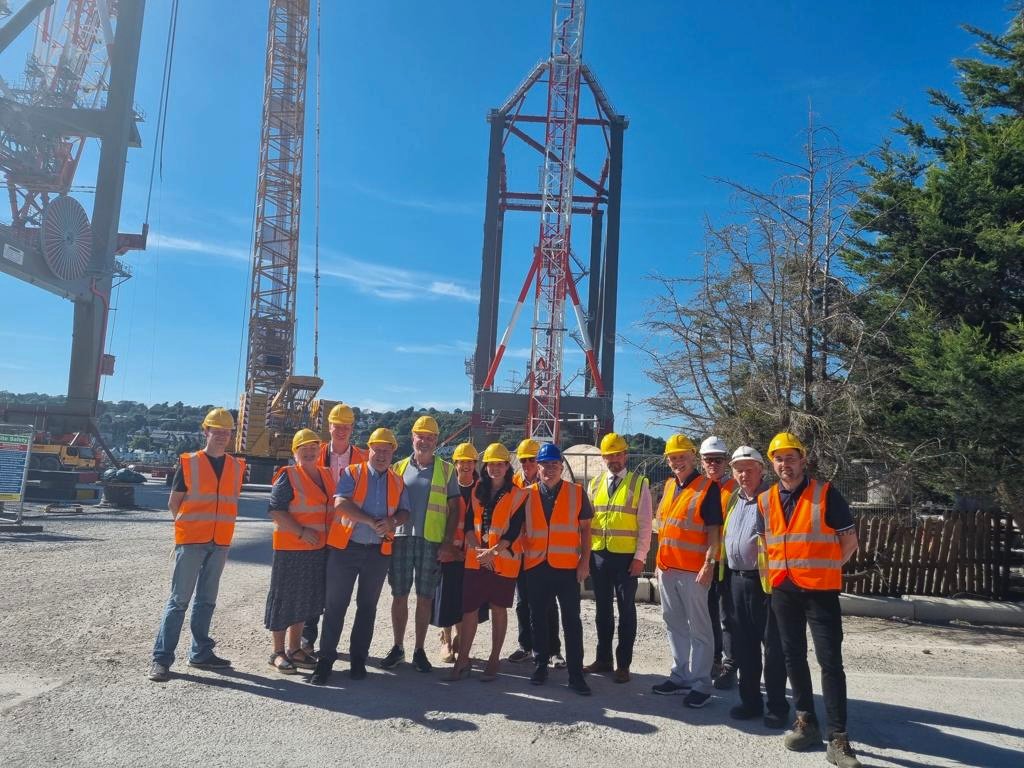 Eoin O’Sullivan and Roger Hill from Doyle Shipping gave an insight into the intrinsic engineering works involved in building these massive Cranes.

Our President said, “The Dockyard has been around for over 100 years and it is great to see it go from strength to strength. Doyle Shipping has been a huge employer to the area locally and regionally and are a massive support to the community.”

Liebherr is currently completing work on three STS (ship to shore) container cranes for Maher Terminal in New Jersey, USA. Work on the project commenced in Cork Dockyard in April 2022 and the cranes are expected to load out onto a specialist heavy load vessel, the “BIGLIFT BAFFIN” before the end of August. Load-out equipment and expertise will be provided by dutch company, Mammoet.

The project is the latest in a series of successful crane assembly projects carried out at DSG’s Cork Dockyard by Liebherr. Container crane manufacturers worldwide face an increasing demand for delivery of fully assembled cranes as packed container terminals have limited available space for assembly works. Liebherr Container Cranes, based in Killarney, are meeting this demand at DSG’s Cork Dockyard, an industrial port, and ship repair facility in Cork Harbour. The open space, deep water, and excellent access to support facilities in Cobh and beyond make Cork Dockyard ideally suited to this purpose.